Capita have recently released a new suite of reports called the SPS Safety Reports. The SPS Safety Reports are a suite of reports which simply imports into SIMS and will allow detailed analysis on any key group, subject, class and individual for attendance, behaviour, achievements, staff absence and homework. For both primary and secondary schools. 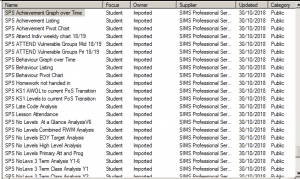 These reports can be imported from the following file: 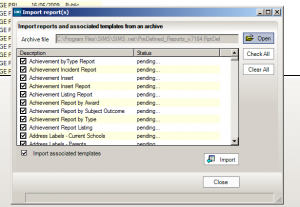 By clicking the Import button the status will change from Pending to Imported. After the status changes to imported, close the import screen and browse to Reports>Run Reports>Focus>Student to view the new reports