After upgrading to version v6.16/7 of the Scomis Hosted Apps connector (to access your hosted SIMS account) you may wonder what has changed…

Version v6.16/7 Connector builds upon the success of the v6.10 Connector.  The new v6.16 Connector for Windows fixed several bugs as well as added new features. The Connector requires the .Net Framework which can is available for download from Microsoft if needed – Download. The v6.16 connector will work with any version of .Net from version 4.0 and above.

The shortcut icon remains the same as before but the connector itself does look different when launched. 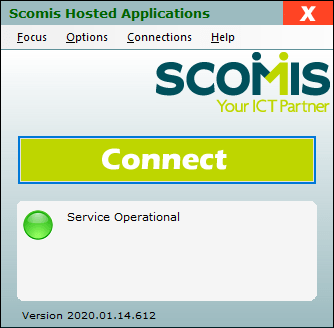 Service Status – The Service Status is a visual indicator of our service status. In the event of a known problem or upcoming planned maintenance the icon will change to; Amber (Service is impacted), Red (Service is unavailable) or Blue (Planned Maintenance).  These updates will provide a clickable link taking you to a description of the notification. 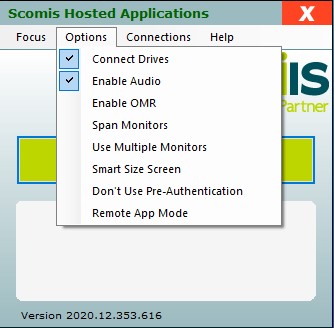 What do the other options do? 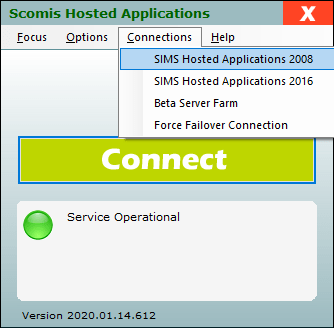 The Connections menu shows the available services that you can connect to.  By default, users will connect to the SIMS Hosted Applications 2016 service.  The Scomis Service desk may ask customers to temporarily use the “Beta Server Farm” or the “Force Failover Connection” from time to time, as a general rule, these should not be used. 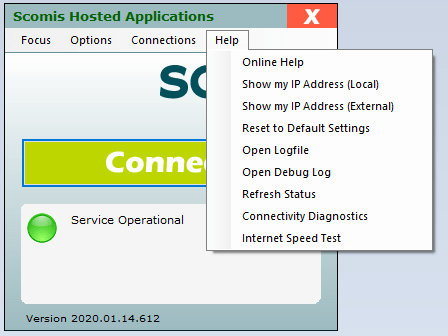 The help menu has several additional features added, such as showing your local workstation IP address, access to an enhanced log file, and also contains the same “Connectivity Diagnostics” test. This can be run in the event of connectivity issues and the results used by support colleagues to help identify the issue. 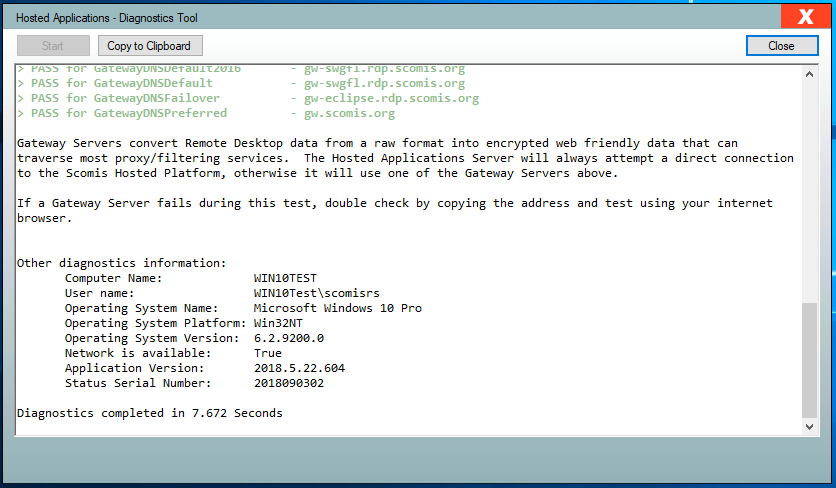